The task for each one of us will be making case that called the stars only seeking that we recognize that reality is not what everyone has materially, in what society has sold us as important, because really what life is to live happilyin love and harmony with the universe, of which everyone is called children and desperate alerts of scientists around the world about the possibility of a meeting with inhabitants of other planets, which seek to cause fear and vilification towards this type of topics, is a calculated management so that we continue mired in ignorance and that the only source of knowledge is that they provide us. The fear of losing the control exercised in societies, makes them take such desperate measures. Before, if you were able to say that the possibility of life on other planets was feasible, they themselves were responsible for qualify your statements as ridiculous and fanciful, removing all kinds of credibility to these statements through teasing and the exclusion of his closed scientific community. But now that each day there are more independent astronomers, more eyes in our Cosmos, as well as more demonstrations by cosmic visitors, the as absurd possibility has been changed by the very high likelihood that life exists, but with similarity to ours, so the dangers of invasion and of control by these outer civilizations are high, wanting to once again manipulate any attempt of communication with other civilizations. Each who is free to think and feel low what many call free will, my desire does not therefore believe in the existence of UFOS or extraterrestrial beings, the only thing that I am trying is that each of us is capable of turning to the sky and we can analyze our lives through this that we live day to dayof trying to understand what is the distance between us and this beauty so that we can feel what the purpose of our existence and what both we are struggling to make it harmonious and happy.

We provide our energy for change this year as significant by the events that will arrive, is therefore the perfect to prepare towards the turn of the year 2012. We can not miss the opportunity to generate love and harmony to such levels that we can transform the intentions of those who are in the darkness of hatred and indifference. Even when you hear fantastic, is possible, if it is all joined the largest force that exists, which is the power of love. Contribute our energy of change will be many more who will join and action that will generate the force that this planet needs. I hope that all this is a chispita who turn a small light in the hearts of each and that can illuminate the path of the heart that all we have. That light is activated in our struggle to know and learn more about each one of us that ignorance will give step to wisdom, that it is which will help us to unite ourselves to our reality of love and harmony with our environment and the infinite and beautiful universe before finish, I would like to deeply thank all the support received during the last years by all of youour faithful friends and companions of the heart. Thank you all again and to fight with all the love in our hearts for a world better!

Hello! today I want to share with you a reflection on 3 types of people who exist. This week he was working with the material of my method to lose weight naturally permanently (clear! using NLP) and I found myself writing about something that I had learned some time ago, during a seminar. There were two men, both with studies at the same University, both with the same age and from similar families (middle class, workers, two brothers and father and mother each, etc). In times of economic problems, both were dismissed by the company in which they worked, and found themselves without any possible revenue source. One of them began to look for work. Obviously, first looked into vacant posts that were commensurate with their education, but there was no. He then went to posts of lower category, where constantly closed you door saying he was over qualified. There is no response worse than that.

It is like the I love you as a friend when a boy love someone then he He came back every day at home, tired, in a bad mood, and sat in the big living room couch to watch television. His wife drove him, tried to lift the mood. Finally, one day said no there is work for me because there is no work. Makes no sense to continue wasting my time and from that day he stayed in his house, pulled, watching television, or taking with others who, like him, withdrew continue searching for what seemed impossible to achieve: a decent job. The other of these men was in the same situation. He also first sought positions commensurate with their preparation, and was down, listening to the same answers from above grade. He also returned to his home without an affirmative answer, but, every day, sought again in the newspaper and was going to try to get that post, any outside.

We have sent information to different forums on the classroom management of media and ICT in their classes and the favorable results they are getting, in addition to displaying the blog from our school to the world in the sample apply as teachers edublog 2009 Was held a contest between 87 participating blogs from Latin America and Spain, we did not win but we were the only ones of Baja California sur, Mexico for the next school year teachers are already doing with our support and guidance blogs and webquest for subjects: Spanish (Citlalic Arce), chemistry (Jose Medina) Physics (Armando Lucero) history of Mexico (Joaquin Leon). In addition to continuing training in the teachers interested in this line. Here some leagues of the materials we have online where we show our work, we have created the following sites for dissemination of activities undertaken in the media room and the different courses offered on campus: BLOGS site from history of school we are making inroads at the site of Brain Pop Latin America with activities carried out in the classroom of media and subject teachersalways placing the name of our school at the first educational levels in Mexico and Latin America. For the next 2009 2010 school year will continue under the premise that the classroom’s media is a space open to the school community, which is intended to strengthen the teaching process learning through the use of ICTs in all subjects.. 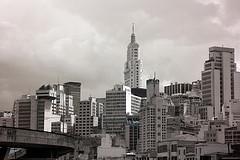