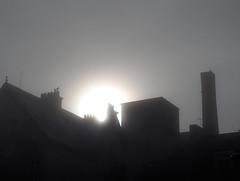 Solar systems are innovative technologies that leverage solar energy to transform it into solar thermal energy, to produce sanitary hot water or photovoltaic solar energy and thus producing electricity, but there are big differences in performance from one technology to another, especially in very cold weather, where snowfalls are abundant in these processes. We will see how affects this these various units in its operation. It is true that cold climates tend to have less sunlight to warm climates, but that loss of sunlight is compensated with more efficient solar equipment. Vacuum tubes vacuum tubes represent a different concept: the receiving surface is reduced and is placed inside the vacuum tubes, therefore with some heat loss. These tubes have the same appearance as a traditional fluorescent tube, but dark. The panels are formed with several of these tubes mounted on a structure of comb. The advantages of this system are its greater isolation, its disadvantage is in its placement, since usually it only allows a variation of about 20 on your ideal inclination, another factor to take into account is its fragility and not possessing a system of tracking snow accumulates on the glass blocking receive the Sun’s rays, and therefore ceases to produce energy, also its cost is significantly greater than other technologies. Flat panels flat solar collectors work taking advantage of the greenhouse effect.

The glass acts as a filter for certain wavelengths of sunlight, leaving mainly pass visible light, and is less transparent with infrared waves of lower energy. The sun shines on the glass of the collector and energy then heats the plate dust which, in turn, becomes to long-wave infrared radiation station, box enclosure is heated above the outside temperature. Passing per box, the fluid calo bearer that circulates through ducts is heated, and transports this thermal energy to where you want to be. The problem of these systems in its performance, this improves the lower the working temperature, since higher temperature inside the box, in relation to the outside, elders will be losses due to transmission in the glass. Also, higher temperature plate collecting, more energy will be its radiation, and more transparency will have glass to it, therefore decreasing the efficiency of the collector, this system also lacks solar tracking, yielding much less after a snowstorm, since snow must be removed to keep it running. Parabolic solar concentrators as its name indicates, the team concentrates all the power emitted by the Sun in a focal point, increasing the energy emitted by the Sun in large quantity. This system is very efficient in cold weather and snowfall since it has a solar tracking system that allows you to follow the Sun throughout the day, also another important factor to bear in mind is that it is uses anodized aluminum as food for thought, not of glass, this allows the snow melts faster and refale when the team begins to move to track the Sun, thanks to its double axis computer-controlled solar tracking system. This is the case of the solar concentrator SolarBeam which achieves a throughput that exceeds by 262% the efficiency of solar hot water panels, and is 98% more productive than solar systems with vacuum tubes. Providing an average of 10 kW of thermal heat per hour, in conclusion we have at our disposal a thermo solar continuous and safe energy source. Do to obtain more information about the Solar Concentrator, visit the web site at: who’s afraid to photovoltaic electricity?